Taking Back Sunday is revered as one of the super groups of the new millennium, but their trip to the top was not without its roadblocks. In February of 2001 the Long Island, New York based rock band released its self-titled five song EP. Though not a stunning success, it did land them a contract with Victory Records. Victory put them to work on a new album right away, teaming them up with producer Sal Villanueva and engineer Tim Gilles. That collaboration led to their first full-length cd, Tell All Your Friends. It was released in March of 2002.

Promoting their debut album, TBS completed a sold-out summer tour, shot a video, and set out on the Best Revenge Tour along with Recover and Midtown. That's when they encountered their first stumbling block. While dancing around during Midtown's set, Adam Lazzara accidentally fell off the stage cutting his face in two places and dislocating his hip. With the dislocated hip turning out to be a bigger deal than they originally suspected, the band was forced to abandon the tour. They took advantage of the respite by getting to work on new material.

aking Back Sunday is an American rock band from Long Island, New York. The band was formed by guitarist Eddie Reyes in 1999. The band's members are Adam Lazzara (lead vocals), John Nolan (lead guitar, keyboards, vocals), Shaun Cooper (bass guitar), and Mark O'Connell (drums). Nolan is the only remaining founding member; Nolan had also left the group in 2003 before rejoining in 2010.

"Every night we'd set up to play and be wondering who the kids outside in line could possibly be waiting to see. Then we'd start playing and they knew all the words to our record that had only been out for a few months." ~ Adam Lazzara By 2003 Lazzara was fully recovered and TBS was back to touring again with The Used, and, on rear days off, opening for the likes of New Found Glory and Jimmy Eat World. But, late in 2003, they found themselves facing another hurdle, one that many thought they would not be able to overcome - John Nolan and Shaun Cooper left the band. But, rather than destroy the group, with the additions of Fred Mascherino (guitar/vocals) and Matt Rubano (bass), TBS came out of the transition even stronger. The new line-up finished out the group's fall tour and then went back to the studio to record their follow-up album, Where You Want To Be.¹

Remarkably, the original band reunited and in June of 2011 released a brand new album entitled, Taking Back Sunday (buy album

). It's important to point out that this album wasn't a sequel to this band's debut as much as it was the beginning of a new chapter of innovation and productivity from this celebrated Long Island rock act. In 2014, the band released their sixth studio album Happiness Is to positive reviews. The album reached number 10 on the US Billboard 200. In 2016, they released their seventh album Tidal Wave.¹ 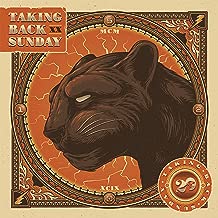 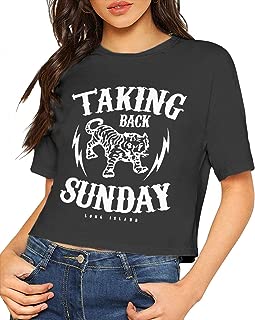 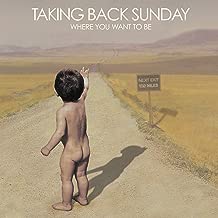 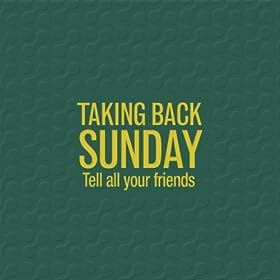 All Taking Back Sunday Downloads >>