Panic! At The Disco

Truly a rock group of their times, Panic! at the Disco was discovered shortly after they posted some demo tracks on the internet.

Panic! at the Disco is an American rock band from Las Vegas, Nevada, formed in 2004 by childhood friends Brendon Urie, Ryan Ross, Spencer Smith and Brent Wilson. Since 2015, vocalist Urie has been the only official member of the band, with drummer Dan Pawlovich, bassist Nicole Row, and guitarist Mike Naran accompanying him on tour. Panic! at the Disco recorded its first demos while its members were in high school. Shortly after, the band recorded and released its debut studio album, A Fever You Can't Sweat Out (2005). Popularized by the second single, "I Write Sins Not Tragedies", the album was certified double platinum in the US. In 2006, founding bassist Brent Wilson was fired from the band during an extensive world tour and subsequently replaced by Jon Walker.

Influenced by 1960s rock bands the Beatles, the Zombies and the Beach Boys, and preceded by the single "Nine in the Afternoon", the band's second studio album, Pretty. Odd. (2008) marked a significant departure from the sound of the band's debut. Ross and Walker, who favored the band's new direction, departed because Urie and Smith wanted to make further changes to the band's style. The duo subsequently formed a new band, the Young Veins, leaving Urie and Smith as the sole remaining members of Panic! at the Disco.

Continuing as a duo, Urie and Smith released a new single, "New Perspective", for the movie Jennifer's Body, and recruited bassist Dallon Weekes and guitarist Ian Crawford as touring musicians for live performances. Weekes was later inducted into the band's lineup as a full-time member in 2010. The band's third studio album, Vices & Virtues (2011), was recorded solely by Urie and Smith in 2010, produced by John Feldmann and Butch Walker. Crawford departed once the tour cycle for Vices & Virtues ended in 2012.

As a three-piece, Urie, Smith, and Weekes recorded and released the band's fourth studio album, Too Weird to Live, Too Rare to Die!, in 2013. Prior to the release of the album, Smith unofficially left the band due to health and drug-related issues, leaving Urie and Weekes as the remaining members. The duo recruited guitarist Kenneth Harris and drummer Dan Pawlovich as touring musicians for live performances.

In 2015, Smith officially left the band after not performing live with the band since his departure in 2013. Shortly thereafter, Weekes reverted to being a touring member once again, leaving Urie as the only member of the official lineup. In April 2015, "Hallelujah" was released as the first single from Panic! at the Disco's fifth studio album, Death of a Bachelor (2016).

In December 2017, Weekes officially announced his departure from the band. He was replaced in March 2018 by Nicole Row. Later that same month, the band released "Say Amen (Saturday Night)", the lead single from their sixth studio album, Pray for the Wicked (2018), which was released in June. In September 2018, Harris was dismissed following multiple allegations of sexual misconduct, and was replaced in October by Mike Naran.¹ 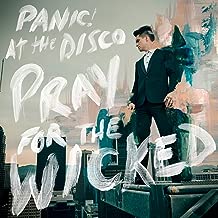 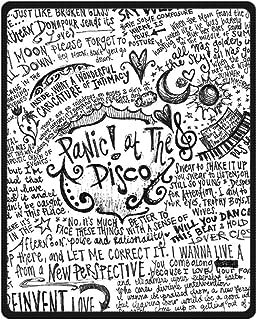 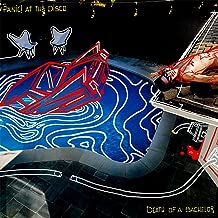 Panic! at the Disco Posters >>

Panic! at the Disco Tees >>

Panic! At The Disco MP3 Downloads 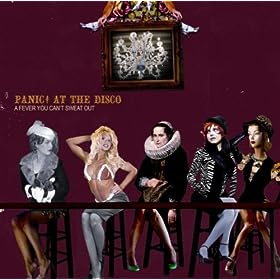 All Panic! At The Disco Downloads >>