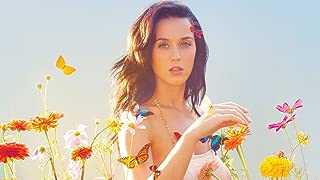 Katheryn Elizabeth Hudson (born October 25, 1984), known professionally as Katy Perry, is an American singer and songwriter. After singing in church during her childhood, she pursued a career in gospel music as a teenager. Perry signed with Red Hill Records and released her debut studio album Katy Hudson under her birth name in 2001, which was commercially unsuccessful. She moved to Los Angeles the following year to venture into secular music after Red Hill ceased operations and she subsequently began working with producers Glen Ballard, Dr. Luke, and Max Martin. After adopting the stage name Katy Perry and being dropped by The Island Def Jam Music Group and Columbia Records, she signed a recording contract with Capitol Records in April 2007.

Perry rose to fame in 2008 with the release of her second album, a pop rock record titled One of the Boys, and its singles "I Kissed a Girl" and "Hot n Cold". The former track also sparked controversy for its sapphic themes. Her third album, Teenage Dream (2010), ventured into disco, and was her first album to top the U.S. Billboard 200. It topped the U.S. Billboard Hot 100 with the singles "California Gurls", "Teenage Dream", "Firework", "E.T.", and "Last Friday Night (T.G.I.F.)" while "The One That Got Away" reached number 3 on the chart. The album became the first by a female artist to produce five number-one songs in the U.S., and the second overall after Michael Jackson's album Bad. In March 2012, she re-issued the album as Teenage Dream: The Complete Confection, which produced the songs "Part of Me" and "Wide Awake". Her fourth album, Prism (2013), was her second to peak atop the U.S. charts. It is influenced by pop and dance, and she became the first artist with multiple videos to reach one billion views on Vevo with the videos for its songs "Roar" and "Dark Horse". Her fifth album, Witness (2017), delved into electropop and became her third album to reach number one in the U.S. Its most successful single, "Chained to the Rhythm", broke the record for Spotify's most streamed track by a female artist within 24 hours upon its release.

Perry has received various awards, including four Guinness World Records, five American Music Awards, a Brit Award, and a Juno Award, and has been included in the annual Forbes lists of highest-earning women in music from 2011–2018. Her estimated net worth as of 2017 was $280 million. She is one of the best-selling music artists of all time, having sold more than 40 million albums and over 100 million records globally throughout her career. In film, she released an autobiographical documentary titled Katy Perry: Part of Me in 2012, and voiced Smurfette in the 2011 film The Smurfs and its sequel in 2013. Perry also began serving as a judge on American Idol in 2018.

"I'm really critical of my posture, it makes a big difference. And I try to suck my belly in. Everyone should do that whether you're on a red carpet or not. Even if you're just going out to dinner with your boyfriend you should try and suck it in." ~ Katy Perry Outside of recording music, Perry appeared as herself in the film Zoolander 2, which was released in February 2016. In February 2017, the singer launched a shoe line titled "Katy Perry Collections". Her shoes are available on her website, Katy Perry Collections, and at retailers such as Dillard's and Walmart. The following August, she hosted the 2017 MTV Video Music Awards. Perry was signed for a $25-million salary to serve as a judge on ABC's revival of American Idol, which premiered in March 2018. Perry began a relationship with Orlando Bloom in early 2016, and the couple got engaged on February 14, 2019. "I really like to look like a history book. I can look 1940s, I can look 1970s hippie-chic, or sometimes I'll pull that '80s Brooklyn hip-hop kid with the door-knocker earrings." ~ Katy Perry Perry has supported various charitable organizations and causes during her career. She has contributed to organizations aimed at improving the lives and welfare of children in particular. In April 2013, she joined UNICEF to assist children in Madagascar with education and nutrition. On December 3, 2013, she was officially named a UNICEF Goodwill Ambassador, "with a special focus on engaging young people in the agency's work to improve the lives of the world's most vulnerable children and adolescents." She arranged for a portion of the money generated from tickets to her Prismatic World Tour to go to UNICEF. In September 2010, she helped build and design the Boys Hope/Girls Hope foundation shelter for youth in Baltimore, Maryland along with Raven-Symoné, Shaquille O'Neal, and the cast of Extreme Makeover: Home Edition.1 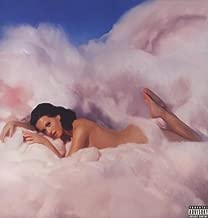 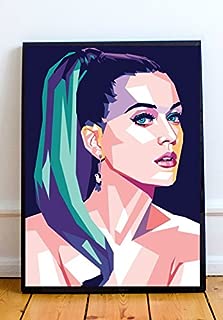 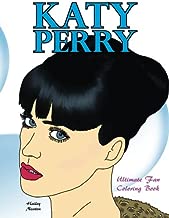 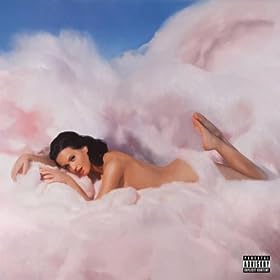