John Maurice Hartman (July 3, 1923 – September 15, 1983) was an American jazz singer who specialized in ballads and earned critical acclaim, though he was never widely known. He recorded a well-known collaboration with the saxophonist John Coltrane in 1963 called John Coltrane and Johnny Hartman, was briefly a member of Dizzy Gillespie's group and recorded with Erroll Garner. Most of Hartman's career was spent recording solo albums.

Born in Louisiana but raised in Chicago, Hartman began singing and playing the piano by the age of eight. He attended DuSable High School studying music under Walter Dyett before receiving a scholarship to Chicago Musical College. He sang as an Army private during World War II, but his first professional work came in September 1946 when he won a singing contest awarding him a one-week engagement with Earl Hines. Seeing potential in the singer, Hines hired him for the next year. Although Hartman's first recordings were with Marl Young in February 1947, it was the collaboration with Hines that provided notable exposure. After the Hines orchestra broke up, Dizzy Gillespie invited Hartman to join his big band in 1948 during an eight-week tour in California. Dropped from the band about one year later, Hartman worked for a short time with pianist Erroll Garner before going solo by early 1950.

After recording several singles with different orchestras, Hartman finally released his first solo album, Songs from the Heart, with a quintet for Bethlehem Records in 1955. Releasing two more albums with small labels, neither very successful, Hartman got a career-altering offer in 1963 to record with John Coltrane. The saxophonist likely remembered Hartman from a bill they shared at the Apollo Theater in 1950 and later said, "I just felt something about him, I don't know what it was. I like his sound, I thought there was something there I had to hear so I looked him up and did that album."

Featuring all ballads, John Coltrane and Johnny Hartman is widely considered a classic. This led to recording four more albums with Impulse! and parent label ABC, all produced by Bob Thiele.

With the 1970s being difficult for singers clinging to the pre-rock American songbook, Hartman turned to playing cocktail lounges in New York City and Chicago. Recording again with small labels such as Perception and Musicor, Hartman produced music of mixed quality as he attempted to be viewed as a more versatile vocalist. Referring to his approach to interpreting a song, Hartman said, "Well, to me a lyric is a story, almost like talking, telling somebody a story, try to make it believable." When he returned to the jazz combo format of his earlier albums, Hartman recorded Once in Every Life for Bee Hive, which earned him a 1981 Grammy nomination for Best Male Jazz Vocalist. This was quickly followed up by his last album of newly recorded material titled This One's for Tedi as a tribute to his wife Theodora.

Hartman recorded new tracks for Grenadilla Records on their jazz label, Grapevine. These were dance tracks of "Beyond the Sea" and "Caravan," with the latter also having an extended six-minute version.

In the early 1980s Hartman gave several performances for jazz festivals, television, and radio before succumbing to lung cancer at the age of sixty. His reputation with a new generation grew considerably in 1995 when the soundtrack to Clint Eastwood's Bridges of Madison County (1995) featured four songs from the then out-of-print Once in Every Life album.

A biography, The Last Balladeer: The Johnny Hartman Story by Dr. Gregg Akkerman, was published in June 2012 by Scarecrow Press as part of their "Studies in Jazz" series.

On June 25, 2019, The New York Times Magazine listed Johnny Hartman among hundreds of artists whose material was reportedly destroyed in the 2008 Universal fire.1 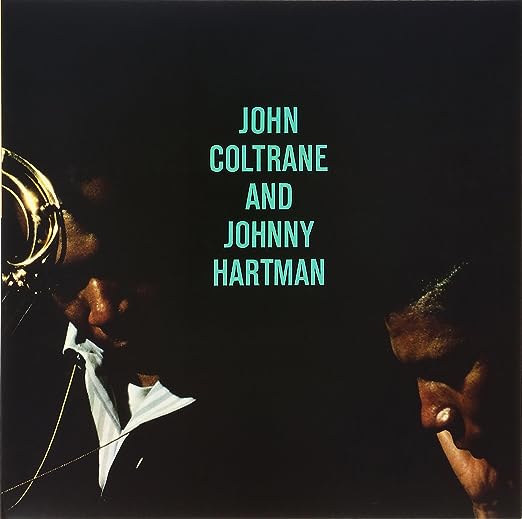