Chester Arthur Burnett (June 10, 1910 – January 10, 1976), known as Howlin' Wolf, was a Chicago blues singer, guitarist, and harmonica player. Originally from Mississippi, he moved to Chicago in adulthood and became successful, forming a rivalry with fellow bluesman Muddy Waters. With a booming voice and imposing physical presence, he is one of the best-known Chicago blues artists.

The musician and critic Cub Koda noted, "no one could match Howlin' Wolf for the singular ability to rock the house down to the foundation while simultaneously scaring its patrons out of its wits." Producer Sam Phillips recalled, "When I heard Howlin' Wolf, I said, 'This is for me. This is where the soul of man never dies.'" Several of his songs, including "Smokestack Lightnin'", "Killing Floor" and "Spoonful", have become blues and blues rock standards. In 2011, Rolling Stone magazine ranked him number 54 on its list of the "100 Greatest Artists of All Time".

Chester Arthur Burnett was born on June 10, 1910, in White Station, Mississippi to Gertrude Jones and Leon "Dock" Burnett. He would later say that his father was "Ethiopian" while Jones had Choctaw ancestry on her father's side. He was named for Chester A. Arthur, the 21st President of the United States. His physique garnered him the nicknames "Big Foot Chester" and "Bull Cow" as a young man; he was 6 feet 3 inches tall and often weighed close to 300 pounds.

The name "Howlin' Wolf" originated from Burnett's maternal grandfather who would admonish him for killing her chicks from reckless squeezing by warning him that wolves in the area would come and get him; the family started calling Burnett "the Wolf". The blues historian Paul Oliver wrote that Burnett once claimed to have been given his nickname by his idol Jimmie Rodgers.

Burnett's parents separated when he was a year old. Dock, who had worked seasonally as a farm laborer in the Mississippi Delta, moved there permanently while Jones and Burnett moved to Monroe County. Jones and Burnett would sing together in the choir of the Life Board Baptist Church near Gibson, Mississippi, and Burnett would later claim that he got his musical talent from her. Jones kicked Burnett out of the house during the winter when he was a child for unknown reasons. He then moved in with his great-uncle Will Young. Young had a large household and treated Wolf badly. While in the Young household he worked almost all day and did not receive an education at the local school house. When he was thirteen, he killed one of Young's hogs in a rage after the hog had caused him to ruin his dress clothes. This enraged Young who then whipped him while chasing him on a mule. He then ran away and claimed to have walked 85 miles barefoot to join his father where he finally found a happy home with his father's large family. During this era, to dissociate himself from his past, he went by the name "John D." Several of his relatives would know him as John D. for the rest of his life. At the peak of his success, he returned from Chicago to see his mother in Mississippi and was driven to tears when she rebuffed him - she refused to take money he offered, saying it was from his playing the "devil's music".

In 1930, Burnett met Charley Patton, the most popular bluesman in the Mississippi Delta at the time. He would listen to Patton play nightly from outside a nearby juke joint. There he remembered Patton playing "Pony Blues", "High Water Everywhere", "A Spoonful Blues", and "Banty Rooster Blues". The two became acquainted, and soon Patton was teaching him guitar. Burnett recalled that "the first piece I ever played in my life was a tune about hook up my pony and saddle up my black mare" — Patton's "Pony Blues". He also learned about showmanship from Patton: "When he played his guitar, he would turn it over backwards and forwards, and throw it around over his shoulders, between his legs, throw it up in the sky". Burnett would perform the guitar tricks he learned from Patton for the rest of his life. He played with Patton often in small Delta communities.

Burnett was influenced by other popular blues performers of the time, including the Mississippi Sheiks, Blind Lemon Jefferson, Ma Rainey, Lonnie Johnson, Tampa Red, Blind Blake, and Tommy Johnson. Two of the earliest songs he mastered were Jefferson's "Match Box Blues" and Leroy Carr's "How Long, How Long Blues". The country singer Jimmie Rodgers was also an influence. Burnett tried to emulate Rodgers's "blue yodel" but found that his efforts sounded more like a growl or a howl; "I couldn't do no yodelin', so I turned to howlin'. And it's done me just fine". His harmonica playing was modeled after that of Sonny Boy Williamson II who taught him how to play when Burnett moved to Parkin, Arkansas, in 1933.

During the 1930s, Burnett performed in the South as a solo performer and with numerous blues musicians, including Floyd Jones, Johnny Shines, Honeyboy Edwards, Sonny Boy Williamson II, Robert Johnson, Robert Lockwood, Jr., Willie Brown, Son House and Willie Johnson. By the end of the decade, he was a fixture in clubs with a harmonica and an early electric guitar.

On April 9, 1941, he was inducted into the U.S. Army and was stationed at several bases around the country. Finding it difficult to adjust to military life, he was discharged on November 3, 1943. He returned to his family, who had recently moved near West Memphis, Arkansas, and helped with the farming while also performing as he had in the 1930s with Floyd Jones and others. In 1948 he formed a band, which included the guitarists Willie Johnson and Matt "Guitar" Murphy, the harmonica player Junior Parker, a pianist remembered only as "Destruction" and the drummer Willie Steele. Radio station KWEM in West Memphis began broadcasting his live performances, and he occasionally sat in with Williamson on KFFA in Helena, Arkansas.

In 1951, Howlin' Wolf was discovered by A&R man Ike Turner who had him record several songs for both Sam Phillips at Sun Records (which licensed its recordings to Chess Records) and the Bihari brothers at Modern Records. Phillips praised his singing, saying, "God, what it would be worth on film to see the fervour in that man's face when he sang. His eyes would light up, you'd see the veins come out on his neck and, buddy, there was nothing on his mind but that song. He sang with his damn soul."

Wolf quickly became a local celebrity and began working with a band that included the guitarists Willie Johnson and Pat Hare. His first singles were issued by two different record companies in 1951: "How Many More Years" backed with "Moaning at Midnight", released by Chess Records, and "Riding in the Moonlight" backed with "Moaning at Midnight", released by RPM Records. Later, Leonard Chess was able to secure his contract, and Howlin' Wolf relocated to Chicago in 1952. There he assembled a new band and recruited the Chicagoan Jody Williams from Memphis Slim's band as his first guitarist. Within a year he had persuaded the guitarist Hubert Sumlin to leave Memphis and join him in Chicago; Sumlin's understated solos and surprisingly subtle phrasing perfectly complemented Burnett's huge voice. The lineup of the Howlin' Wolf band changed often over the years. He employed many different guitarists, both on recordings and in live performance, including Willie Johnson, Jody Williams, Lee Cooper, L.D. McGhee, Otis "Big Smokey" Smothers, his brother Little Smokey Smothers, Jimmy Rogers, Freddie Robinson, and Buddy Guy, among others. Burnett was able to attract some of the best musicians available because of his policy, unusual among bandleaders, of paying his musicians well and on time, even including unemployment insurance and Social Security contributions. With the exception of a couple of brief absences in the late 1950s, Sumlin remained a member of the band for the rest of Howlin' Wolf's career and is the guitarist most often associated with the Chicago Howlin' Wolf sound.

Howlin' Wolf had a series of hits with songs written by Willie Dixon, who had been hired by the Chess brothers in 1950 as a songwriter. During that period the competition between Muddy Waters and Howlin' Wolf was intense. Dixon reported "Every once in a while Wolf would mention the fact that, 'Hey man, you wrote that song for Muddy. How come you won't write me one like that?' But when you'd write for him he wouldn't like it." So, Dixon decided to use reverse psychology on him by introducing the songs to Wolf as written for Muddy, thus inducing Wolf to accept them.

In the 1950s, Howlin' Wolf had five songs on the Billboard national R&B charts: "Moanin' at Midnight", "How Many More Years", "Who Will Be Next", "Smokestack Lightning", and "I Asked for Water (She Gave Me Gasoline)". His first LP, Moanin' in the Moonlight, was released in 1959. As was standard practice in that era, it was a collection of previously released singles.

In the early 1960s, Howlin' Wolf recorded several songs that became his most famous, despite receiving no radio play: "Wang Dang Doodle", "Back Door Man", "Spoonful", "The Red Rooster" (later known as "Little Red Rooster"), "I Ain't Superstitious", "Goin' Down Slow", and "Killing Floor", many of which were written by Willie Dixon. Several became part of the repertoires of British and American rock groups, who further popularized them. Howlin' Wolf's second compilation album, Howlin' Wolf (often called "the rocking chair album", from its cover illustration), was released in 1962.

Unlike many other blues musicians who left an impoverished childhood to begin a musical career, Burnett was always financially successful. Having already achieved a measure of success in Memphis, he described himself as "the onliest one to drive himself up from the Delta" to Chicago, which he did, in his own car on the Blues Highway and with $4,000 in his pocket, a rare distinction for a black bluesman of the time. Although functionally illiterate into his forties, Burnett eventually returned to school, first to earn a General Educational Development (GED) diploma and later to study accounting and other business courses to help manage his career.

Burnett met his future wife, Lillie, when she attended one of his performances at a Chicago club. She and her family were urban and educated and were not involved in what was considered the unsavory world of blues musicians. Nevertheless, he was attracted to her as soon as he saw her in the audience. He immediately pursued her and won her over. According to those who knew them, the couple remained deeply in love until his death. Together, they raised Betty and Barbara, Lillie's daughters from an earlier relationship.

After he married Lillie, who was able to manage his professional finances, Burnett was so financially successful that he was able to offer band members not only a decent salary but benefits such as health insurance; this enabled him to hire his pick of available musicians and keep his band one of the best around. According to his stepdaughters, he was never financially extravagant (for instance, he drove a Pontiac station wagon rather than a more expensive, flashy car).

In January 1976, Burnett checked into the Veterans Administration Hospital in Hines, Illinois, for kidney surgery. He died of complications from the procedure on January 10, 1976, at the age of 65. He was buried in Oakridge Cemetery, outside Chicago, in a plot in Section 18, on the east side of the road. His gravestone has an image of a guitar and harmonica etched into it.1 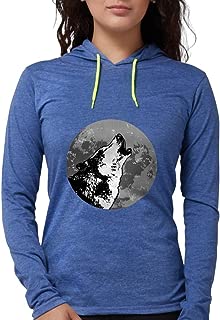 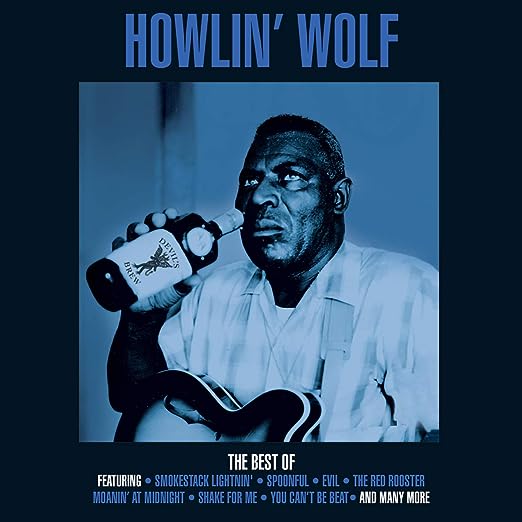 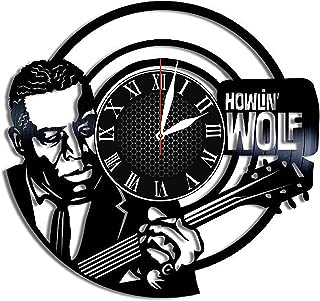 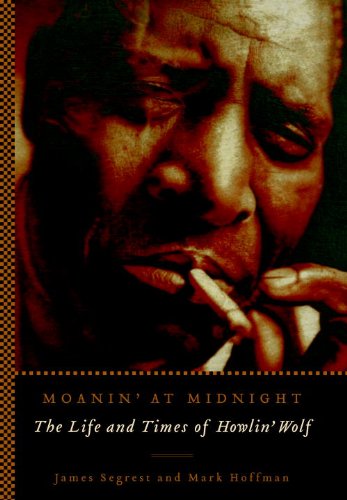 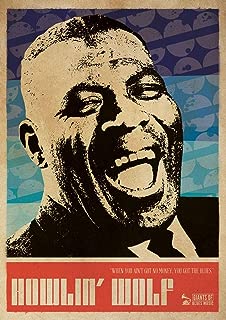 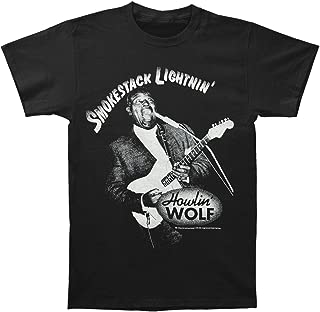 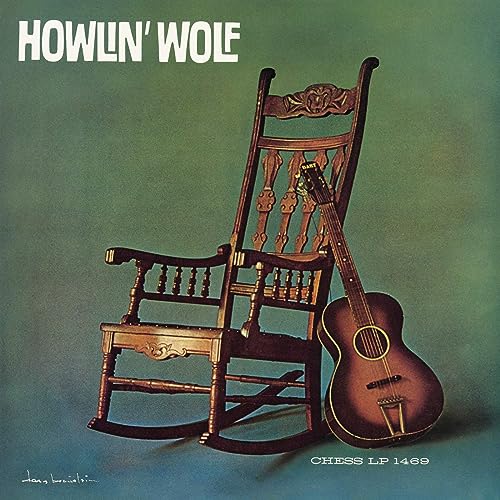