Trumpeter and bandleader Dizzy Gillespie (Oct 21, 1917 - Jan 6, 1993), a true jazz giant, is known and respected as much for his personality and worldwide jazz promotion, as for his innovative contributions to modern jazz. “Men have died for this music. You can’t get more serious than that.” ~ Dizzy Gillespie The youngest of nine children, John Birks Gillespie began playing trumpet

at fourteen after briefly trying the trombone. He later received a music scholarship to Laurinburg Institute in North Carolina.

John's earliest professional jobs were with the Frankie Fairfax band. His outlandish antics prompted fellow band members to give him the nickname Dizzy. One of his earliest influences was trumpeter Roy Eldridge whose style he learned to imitate. (It's interesting that Gillespie's own style was so complex that his contemporaries found it easier to copy trumpeters like Miles Davis and Fats Navarro.) Ironically, Dizzy went on to replace Eldridge in Teddy Hill's band.¹ 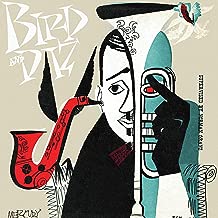 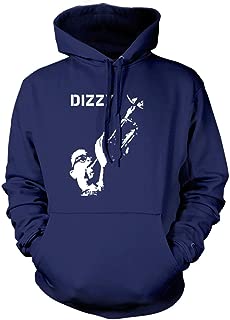 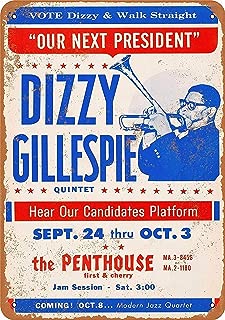 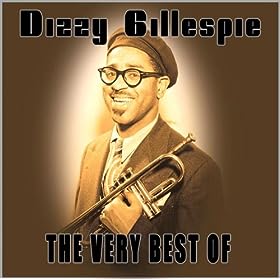