Creedence Clearwater Revival (often referred to as Creedence or CCR) was an American rock band active in the late 1960s and early 1970s which consisted of lead vocalist, lead guitarist, and primary songwriter John Fogerty; his brother, rhythm guitarist Tom Fogerty; bassist Stu Cook; and drummer Doug Clifford. These members had played together since 1959, first as the Blue Velvets and later as the Golliwogs. Their musical style encompassed roots rock, swamp rock, and blues rock. They played in a Southern rock style, despite their San Francisco Bay Area origin, with lyrics about bayous, catfish, the Mississippi River and other popular elements of Southern United States iconography. Their songs rarely dealt with romantic love, concentrating instead on political and socially-conscious lyrics about topics such as the Vietnam War. The band performed at the 1969 Woodstock Festival in Upstate New York.

The group disbanded acrimoniously in late 1972 after four years of chart-topping success. Tom Fogerty had officially left the previous year, and John was at odds with the remaining members over matters of business and artistic control, all of which resulted in subsequent lawsuits among the former bandmates. Fogerty's ongoing disagreements with Fantasy Records owner Saul Zaentz created further protracted court battles, and John Fogerty refused to perform with the two other surviving members at CCR's 1993 induction into the Rock and Roll Hall of Fame.

Creedence Clearwater Revival's music is still a staple of U.S. classic rock radio airplay. The band has sold 28 million records in the United States alone. Rolling Stone ranked them 82nd on its 100 Greatest Artists of All Time.

John Fogerty, Doug Clifford, and Stu Cook met at Portola Junior High School in El Cerrito, California. Calling themselves the Blue Velvets, the trio began playing instrumentals and "jukebox standards." They also backed John's older brother Tom at live gigs and in the recording studio. Tom soon joined the band, and in 1964 they signed with Fantasy Records, an independent jazz label in San Francisco that had released "Cast Your Fate to the Wind", a national hit for jazz pianist Vince Guaraldi. The record's success was the subject of a National Educational Television special, which prompted John Fogerty to contact the label. For the band's first release, Fantasy co-owner Max Weiss renamed the group the Golliwogs (after the children's literary character, Golliwogg).

Bandmembers' roles and the instruments they played changed during this period. Stu Cook switched from piano to bass guitar and Tom Fogerty from lead vocals to rhythm guitar; John became the band's lead vocalist and primary songwriter. In Tom Fogerty's words: "I could sing, but John had a sound!"

In 1966, the group suffered a setback when John Fogerty and Doug Clifford received draft notices and chose to enlist in the military instead to avoid conscription. Fogerty joined the Army Reserve while Clifford joined the Coast Guard Reserve. Speaking of his experience in the US Army Fogerty has said: "I would become delirious and go into a trance. And I started narrating this story to myself, which was the song 'Porterville'".

In '67, Saul Zaentz bought Fantasy Records and offered the band a chance to record a full-length album on the condition that they change their name. He had never liked "the Golliwogs", in part because of the racial charge of the name, and the four readily agreed. Zaentz and the band agreed to come up with 10 suggestions each, but he enthusiastically agreed to their very first: Creedence Clearwater Revival (CCR), which they took in January 1968.

According to interviews with band members 20 years later, the name's elements came from three sources: Tom Fogerty's friend Credence Newball, whose name they changed to form the word Creedence (as in creed); a television commercial for Olympia Brewing Company ("clear water"); the four members' renewed commitment to their band.

By 1968, AM radio programmers around the US took note when their cover of the 1956 rockabilly song "Susie Q" received substantial airplay in the San Francisco Bay Area and on Chicago's WLS. It was the band's second single, its first to reach the Top 40 (No. 11), and its only Top 40 hit not written by John Fogerty. Two other singles were released from the debut: a cover of Screamin' Jay Hawkins's "I Put a Spell on You" (No. 58) and "Porterville" (released on the Scorpio label with writing credited to "T. Spicebush Swallowtail"), written during Fogerty's time in the Army Reserve.

After their breakthrough, Creedence began touring and started work on their second album, Bayou Country (1969), at RCA Studios in Los Angeles. A No. 7 platinum hit, the record was their first in a string of hit albums and singles that continued uninterruptedly for three years. The single "Proud Mary", backed with "Born on the Bayou", reached No. 2 on the national Billboard chart. The former would eventually become the group's most-covered song, with some 100 versions by other artists to date, including the #4 1971 hit by Ike & Tina Turner, two years to the week after the original peaked. John Fogerty cites this song as being the result of high spirits on gaining his discharge from the Army Reserve. The album also featured a remake of the rock & roll classic "Good Golly, Miss Molly" and the band's nine-minute live-show closer, "Keep On Chooglin'".

Weeks later, during March 1969, "Bad Moon Rising" backed with "Lodi", was released and peaked at No. 2. In the United Kingdom, "Bad Moon Rising" spent three weeks at number one on the UK Singles Chart during September and October 1969, becoming the band's only number one single in the UK. The band's third album, Green River, followed in August 1969 and went gold along with the single "Green River", which again reached No. 2 on the Billboard charts. The B-side of "Green River", "Commotion", peaked at No. 30 and the band's emphasis on remakes of their old favorites continued with "Night Time Is the Right Time".

Creedence continued to tour incessantly with performances in July 1969 at the Atlanta Pop Festival and in August 1969 at the Woodstock Festival. Their set was not included in the Woodstock film or soundtrack because John Fogerty felt the band's performance was subpar. Four tracks from the event (out of a total of eleven) were eventually included in the 1994 commemorative box set Woodstock: Three Days of Peace and Music. Stu Cook, however, held an opposing view, saying "The performances are classic CCR and I'm still amazed by the number of people who don't even know we were one of the headliners at Woodstock '69." John Fogerty later complained the previous band, the Grateful Dead, put the audience to sleep; as John scanned the audience he saw a "Dante scene, just bodies from hell, all intertwined and asleep, covered with mud."1 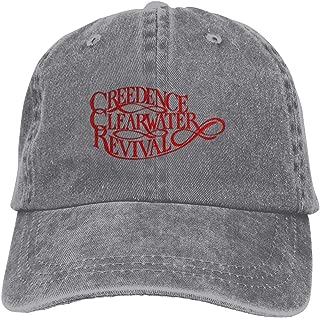 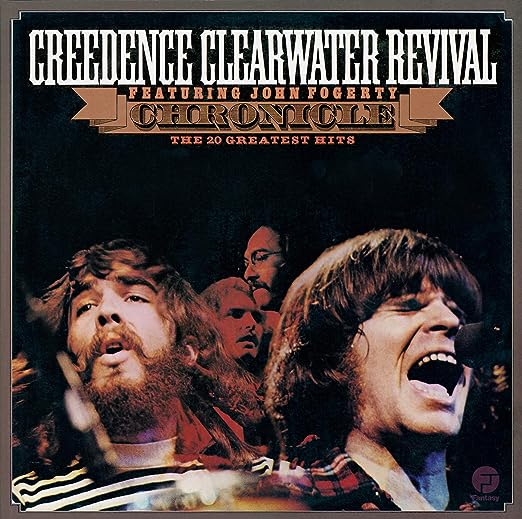 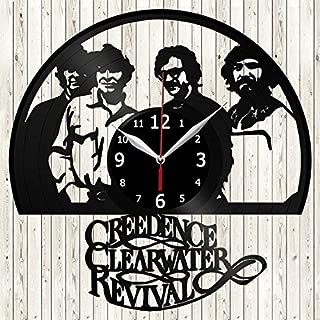 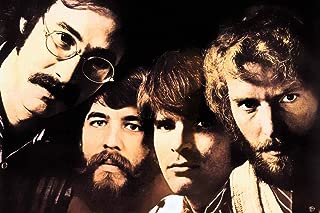 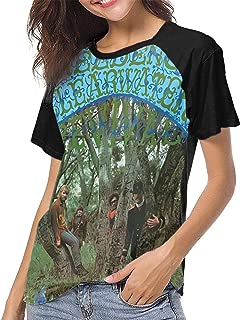