Robert Nesta "Bob" Marley (February 6, 1945 – May 11, 1981) was a Jamaican singer-songwriter and musician. He was the lead singer, songwriter and guitarist for the ska, rocksteady and reggae bands The Wailers (1964–1974) and Bob Marley & the Wailers (1974–1981). Marley remains the most widely known and revered performer of reggae music, and is credited for helping spread both Jamaican music and the Rastafari movement (of which he was a committed member), to a worldwide audience.

Marley's best known hits include "I Shot the Sheriff", "No Woman, No Cry", "Exodus", "Could You Be Loved", "Stir It Up", "Jamming", "Redemption Song", "One Love" and, together with The Wailers, "Three Little Birds", as well as the posthumous releases "Buffalo Soldier" and "Iron Lion Zion". The compilation album, Legend, released in 1984, three years after his death, is reggae's best-selling album, being 10 times Platinum (Diamond) in the U.S., and selling 20 million copies worldwide.

"Me only have one ambition, y'know. I only have one thing I really like to see happen. I like to see mankind live together - black, white, Chinese, everyone - that's all." ~ Bob Marley Bob Marley was born in the small village of Nine Mile in Saint Ann Parish, Jamaica as Nesta Robert Marley. A Jamaican passport official would later swap his first and middle names. His father, Norval Sinclair Marley, was a caucasian-Jamaican of English descent, whose family came from Essex, England. Michael George Marley, cousin of Bob Marley, has speculated that the Marleys were of Syrian-Jewish descent, however, this is not conclusive. Norval was a captain in the Royal Marines, as well as a plantation overseer, when he married Cedella Booker, an Afro-Jamaican then eighteen years old. Norval provided financial support for his wife and child, but seldom saw them, as he was often away on trips. In 1955, when Marley was 10 years old, his father died of a heart attack at age 60. Marley suffered racial prejudice as a youth, because of his mixed racial origins and faced questions about his own racial identity throughout his life.¹ 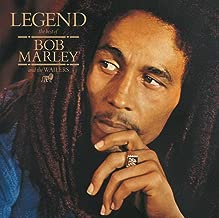 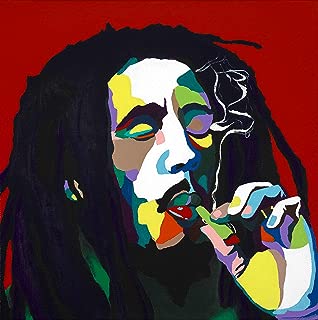 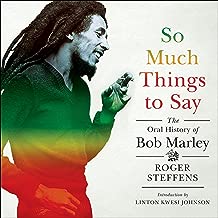