Big Bill Broonzy, born Lee Conley Bradley (June 26, 1903 – August 14, 1958), was an American blues singer, songwriter and guitarist. His career began in the 1920s, when he played country blues to mostly African-American audiences. Through the 1930s and 1940s he successfully navigated a transition in style to a more urban blues sound popular with working-class African-American audiences. In the 1950s a return to his traditional folk-blues roots made him one of the leading figures of the emerging American folk music revival and an international star. His long and varied career marks him as one of the key figures in the development of blues music in the 20th century.

Broonzy copyrighted more than 300 songs during his lifetime, including both adaptations of traditional folk songs and original blues songs. As a blues composer, he was unique in writing songs that reflected his rural-to-urban experiences.

Big Bill was one of the seventeen children of Frank Broonzy (Bradley) and Mittie Belcher. The date and place of his birth are disputed. Broonzy claimed to have been born in Scott, Mississippi, but a body of emerging research compiled by the blues historian Robert Reisman suggests that he was born in Jefferson County, Arkansas. Broonzy claimed he was born in 1893, and many sources report that year, but family records discovered after his death suggested that the year was 1903. Soon after his birth the family moved to an area near Pine Bluff, Arkansas, where Bill spent his youth. He began playing music at an early age. At the age of 10 he made himself a fiddle from a cigar box and learned how to play spirituals and folk songs from his uncle, Jerry Belcher. He and a friend, Louis Carter, who played a homemade guitar, began performing at social and church functions. These early performances included playing at "two-stages": picnics where whites and blacks danced at the same event, but with different stages for blacks and whites.

On the understanding that he was born in 1898 rather than earlier or later, sources suggest that in 1915, 17-year-old Broonzy was married and working as a sharecropper. He had given up playing the fiddle and had become a preacher. There is a story that he was offered $50 and a new violin if he would play for four days at a local venue. Before he could respond to the offer, his wife took the money and spent it, so he had to play. In 1916 his crop and stock were wiped out by drought. Broonzy went to work locally until he was drafted into the Army in 1917. He served for two years in Europe during the First World War. After his discharge from the Army in 1919, he left Pine Bluff and moved to the Little Rock area. A year later, in 1920, he moved north to Chicago in search of opportunity.

After arriving in Chicago, Broonzy switched from fiddle to guitar. He learned to play the guitar from the veteran minstrel and medicine show performer Papa Charlie Jackson, who began recording for Paramount Records in 1924. Through the 1920s Broonzy worked at a string of odd jobs, including Pullman porter, cook, foundry worker and custodian, to supplement his income, but his main interest was music. He played regularly at rent parties and social gatherings, steadily improving his guitar playing. During this time he wrote one of his signature tunes, a solo guitar piece called "Saturday Night Rub".

Thanks to his association with Jackson, Broonzy was able to get an audition with Paramount executive J. Mayo Williams. His initial test recordings, made with his friend John Thomas on vocals, were rejected, but Broonzy persisted, and his second try, a few months later, was more successful. His first record, "Big Bill's Blues", backed with "House Rent Stomp", credited to Big Bill and Thomps, was released in 1927. Although the recording was not well received, Paramount retained its new talent and in the next few years released more records by Big Bill and Thomps. The records sold poorly. Reviewers considered his style immature and derivative.

In 1930, Paramount for the first time used Broonzy's full name on a recording, "Station Blues" – albeit misspelled as "Big Bill Broomsley". Record sales continued to be poor, and Broonzy was working at a grocery store. He was picked up by Lester Melrose, who produced musical acts for various labels, including Champion Records and Gennett Records. Harum Scarums, a trio comprising Broonzy, Georgia Tom and Mozelle Alderson, recorded the two-part "Alabama Scratch" in Grafton, Wisconsin, for Paramount Records in January 1931, and it was reported that it sounded "as if it was a real party." Broonzy recorded several sides released in the spring of 1931 under the name Big Bill Johnson. In March 1932 he traveled to New York City and began recording for the American Record Corporation on their line of less expensive labels (Melotone Records, Perfect Records and others). These recordings sold better, and Broonzy was becoming better known. Back in Chicago he was working regularly in South Side clubs, and he toured with Memphis Minnie.

In 1934 Broonzy moved to RCA Victor's subsidiary Bluebird Records and began recording with the pianist Bob "Black Bob" Call. With Call his music was evolving to a stronger R&B sound, and his singing sounded more assured and personal. In 1937, he began playing with the pianist Joshua Altheimer, recording and performing with a small instrumental group, including "traps" (drums), double bass and one or more melody instruments (horns or harmonica or both). In March 1938 he began recording for Vocalion Records.

Broonzy's reputation grew. In 1938 he was asked to fill in for the recently deceased Robert Johnson at the "From Spirituals to Swing" concert at Carnegie Hall, produced by John H. Hammond. He also appeared in the 1939 concert at the same venue. His success led him in the same year to a small role in Swingin' the Dream, Gilbert Seldes's jazz adaptation of Shakespeare's Midsummer Night's Dream, set in New Orleans in 1890 and featuring, among others, Louis Armstrong as Bottom and Maxine Sullivan as Titania, with the Benny Goodman sextet.

Broonzy's recorded output through the 1930s only partially reflects his importance to Chicago blues. His half-brother, Washboard Sam, and his friends Jazz Gillum and Tampa Red also recorded for Bluebird. Broonzy was credited as the composer on many of their most popular recordings of that time. He reportedly played guitar on most of Washboard Sam's tracks. Because of his exclusive arrangements with his record label, Broonzy was careful to allow his name to appear on these artists' records only as a composer.

Broonzy expanded his work during the 1940s as he honed his songwriting skills, which showed a knack for appealing to his more sophisticated city audience as well as people that shared his country roots. His work in this period shows he performed across a wider musical spectrum than almost any other bluesman before or since, including in his repertoire ragtime, hokum blues, country blues, urban blues, jazz-tinged songs, folk songs and spirituals. After World War II, Broonzy recorded songs that were the bridge that allowed many younger musicians to cross over to the future of the blues: the electric blues of postwar Chicago. His 1945 recordings of "Where the Blues Began", with Big Maceo on piano and Buster Bennett on sax, and "Martha Blues", with Memphis Slim on piano, clearly showed the way forward.1 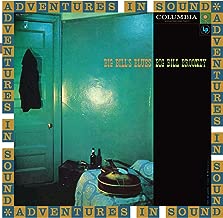 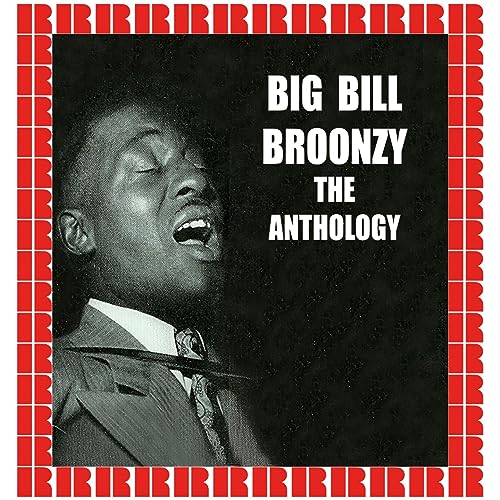