With his mother passing away when he just eight years old and his father bolting shortly thereafter, it's no wonder that relationships outside the family grew to mean so much to 50 Cent. What often appears as a feuding, hostile nature might be better understood as human reactions to what he views as betrayal and disloyalty.

"Every record he's selling is based on me being on his record with him." ~ 50 Cent on The Game Take his well-publicized riff with The Game. It started with Fifty's war against Jadakiss, Nas and Fat Joe which was instigated by several perceived offenses. First, it was reported that Nas, who was later to sign with the Murder, Inc. label, had publicly dissed him and G-Unit while performing in New York. Then, Jadakiss and Fat Joe both earned an enemy tag by appearing in a video in which Ja Rule dissed Fifty. Naturally, Fifty expected fellow G-Unit member The Game to support him in his war, but during a radio interview The Game said this, "I ain't gonna turn on my friends and Nas is one of my friends, and Jada's really a homie... 50's beef is 50's beef and I really don't know where all this stems from." Soon after, Fifty reacted with an announcement that The Game had been removed from the G-Unit. He also took credit for The Game's success. "But, it makes no difference because I'm gonna make more off his album than he will. He'll make a little paper and think people are feelin' him… but, in reality they feelin' me and that nigga just ridin' on my work." ~ Fifty on The Game To use the term "broken home" to describe Fifty's early family history is sort of like saying a guy died of a head injury when in truth his head was blown off with a shotgun. Born Curtis Johnson to a crack addict father and a hustling bi-sexual mother ("Comin' up, I was confused, my momma kissin' a girl / Confusion occurs, comin' up in a cold world."). After his mother died and father left ("Daddy ain't around / Probably out committin' felonies."), he was raised by his grandmother.

Inevitably, young Curtis or, as he was known on the streets of Queens, "Boo Boo" became immersed in the local drug trade and, as you might expect, he excelled at it. He was in and out of the "joint," and in June of 1994 he was arrested on felony drug charges. He pled out, accepting a seven month stint in boot camp, and thereby avoided hard time. About then, Fifty decided to turn away from crime and into rap.

During his career Jackson has sold over 30 million albums worldwide and won several awards, including a Grammy Award, thirteen Billboard Music Awards, six World Music Awards, three American Music Awards and four BET Awards. He has pursued an acting career, appearing in the semi-autobiographical film Get Rich or Die Tryin' (2005), the Iraq War film Home of the Brave (2006) and Righteous Kill (2008). 50 Cent was ranked the sixth-best artist of the 2000s and the third-best rapper (behind Eminem and Nelly) by Billboard. Rolling Stone consider Get Rich or Die Tryin' and "In da Club" to be in their lists of "100 Best albums of the 2000s" and "100 Best songs of the 2000s" at numbers 37 and 13 respectively.¹ 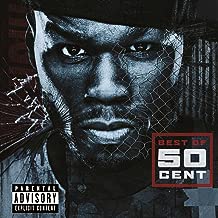 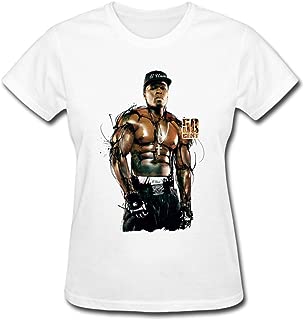 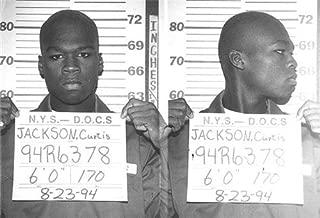 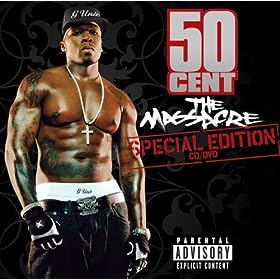